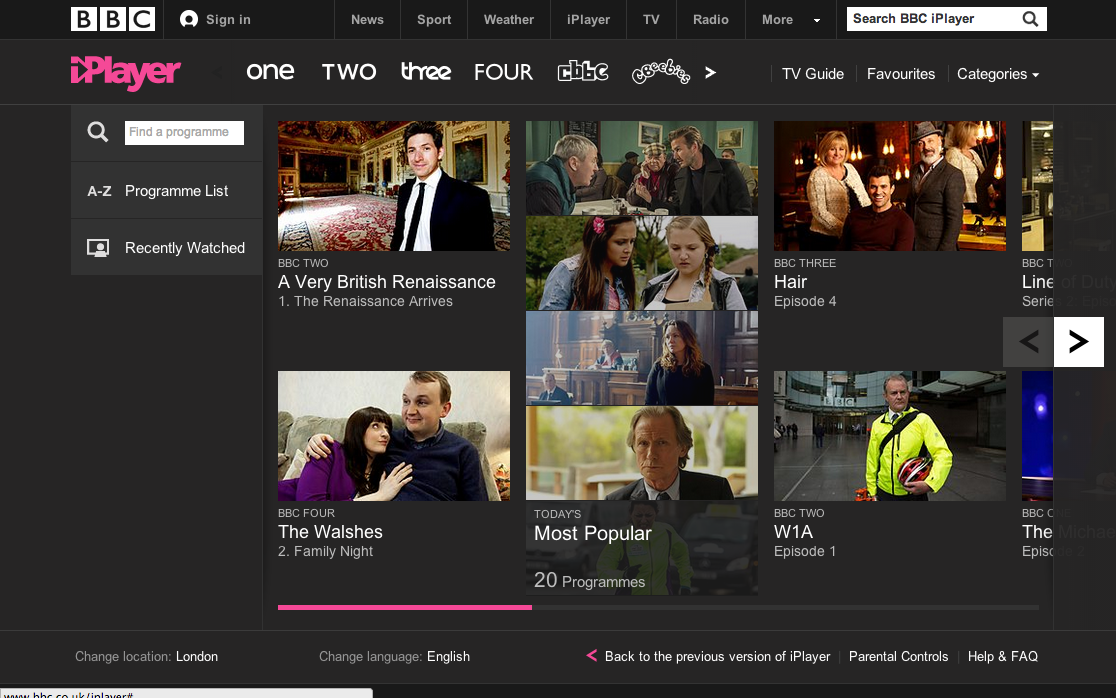 Kutlu Canlioglu, Creative Director for TV & iPlayer at the BBC has written an overview on the changes and principles behind the iPlayer redesign.

I published a post on the @bbcinternetblog about the redesign of #newiplayer. You can read it here: http://t.co/0OYqLhd8f6 #iPlayer

Finding something particular and discovering new programmes are the two main user activities on the iPlayer.

Our goal was to create an improved and more coherent user experience across the different applications that deliver the BBC iPlayer service.

As part of the redesign, we’re replacing three different websites we’ve been maintaining for mobiles, tablet devices and desktop computers with a single responsive website… a new TV app for connected TVs and consoles that support HTML, which will eventually replace the two different apps we currently support on TVs.

..over the coming months,… native apps for mobile and tablet devices will be adopting the new UI framework, patterns and functionality inline with our new responsive website and TV app.