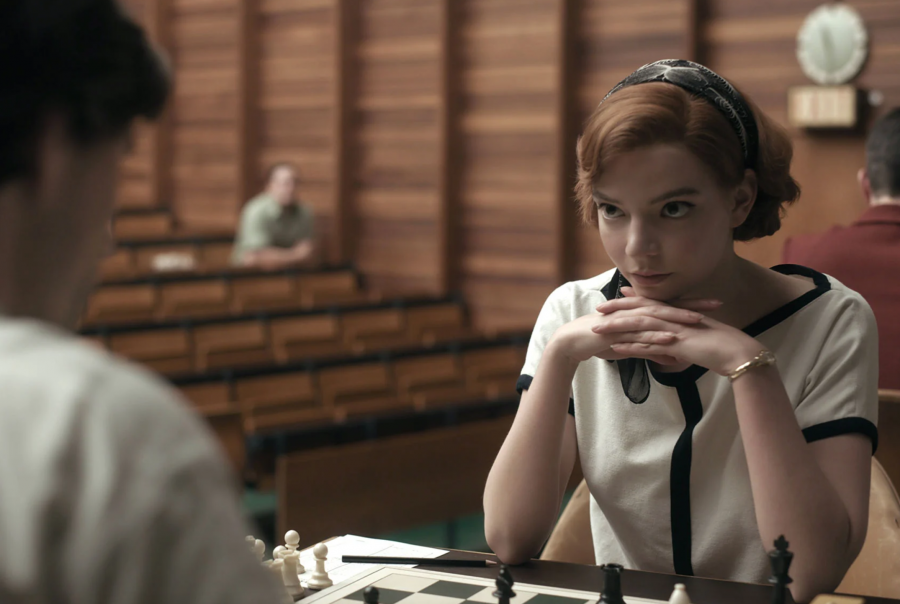 Slate has published an interview with former Chess Champion Gary Kasparov on his contribution to the authenticity in the Netflix drama, The Queens Gambit.

Nitish Pahwa: Related to the technology aspect: The Queen’s Gambit is obviously a period piece, set during the Cold War and the 1960s. Do you think a similarly compelling story of chess play could be set in the modern era?

Garry Kasparov: No, no. Chess has changed. This is the beauty of the story, that it belongs to America of the ’60s. It’s like the James Bond movies

Garry Kasparov: You can move James Bond, but you see the latest films, they have very little resemblance with the original ones.

Garry Kasparov: The whole story of Elizabeth Harmon, it’s the story of Bobby Fischer, but it’s a female version. You have drugs, substances, and alcohol, but it’s very difficult to uproot it from the ’60s and put it elsewhere. There’s a lot of people talking about the next season. I haven’t spoken to Scott about it, but it’s a big challenge because,

Update: If you need to know: a queen’s gambit is the opening moves of a chess game where a player aims to swap the queen’s pawn from an opponent:

Nitish Pahwa: There are a lot of scenes where Elizabeth is envisioning games in her head up on the ceiling, playing back certain positions. Is that very common among world-class players?

Garry Kasparov: Not common, but I can name a few top players who did, I mean Top 10 players. Some players just did it all the time, especially at the climax of the game. It’s sort of rebooting your computer.

Nitish Pahwa: How did you get approached for The Queen’s Gambit, and what role did you end up playing?

Garry Kasparov: It came from two sources. One, I got a call from Bruce Pandolfini, [who was a chess consultant for the show]. I know him well. Bruce said that he would be engaged in this project and Scott Frank wanted to have a chat with me. And around the same time, I’m not sure which call came first, but I got a message from my friends, the creators of Game of Thrones, David Benioff and [D.B.] Weiss, who are very good friends with Scott. And they also said, “Scott is doing something interesting in chess and he wants to talk to you.” It ended up with me and my wife entering Boulud Sud, the restaurant on the Upper West Side. Scott was there, Bruce was there, and a couple other guys that worked with Scott, and we had a nice conversation.

Update:
Sarah El-Mahmoud has written on the Visual Effects used in the Queens Gambit.